Grown at Chicago's door, by yours truly, using 95% less water and waste than traditional methods.

From form to taste to how they’re described, our produce is a signal to you that your greens should, and can, be thoroughly exciting. Every single product we create is a small act of rebellion. 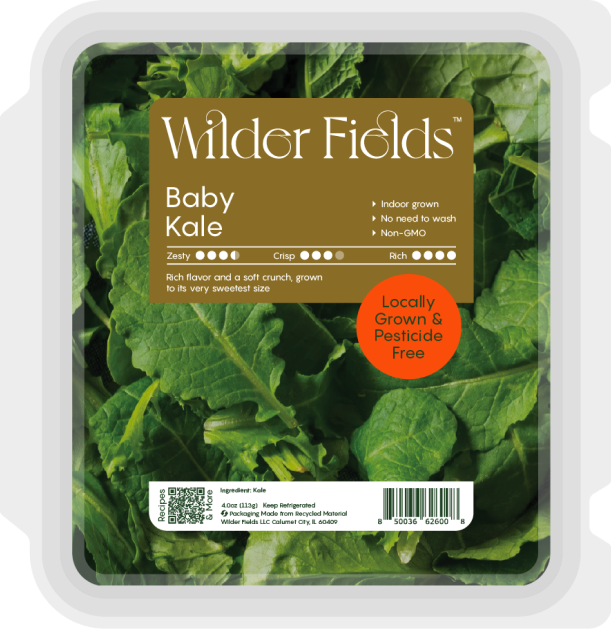 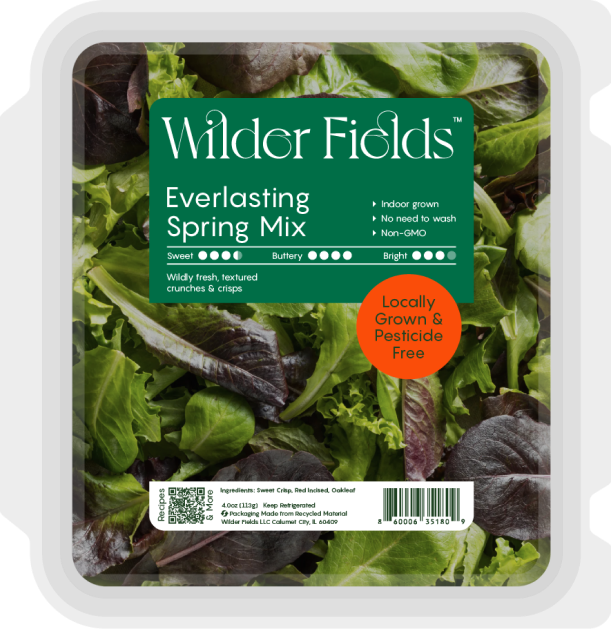 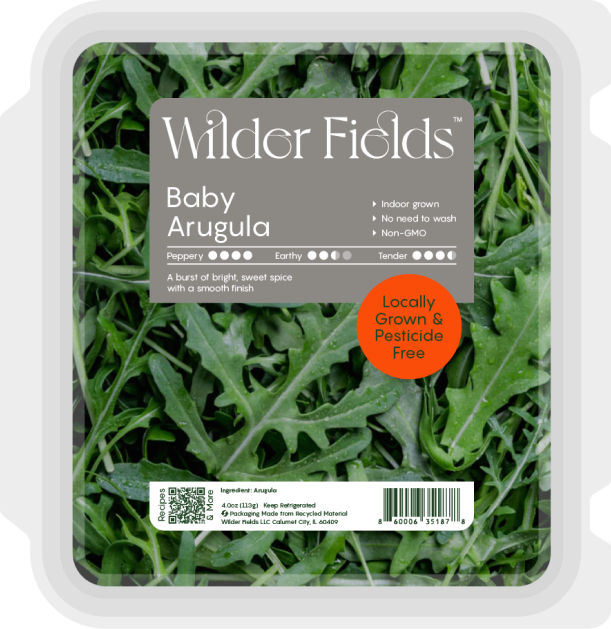 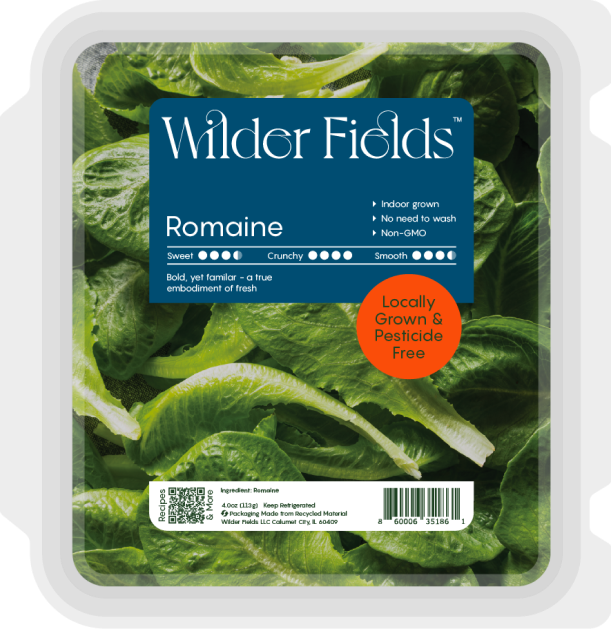 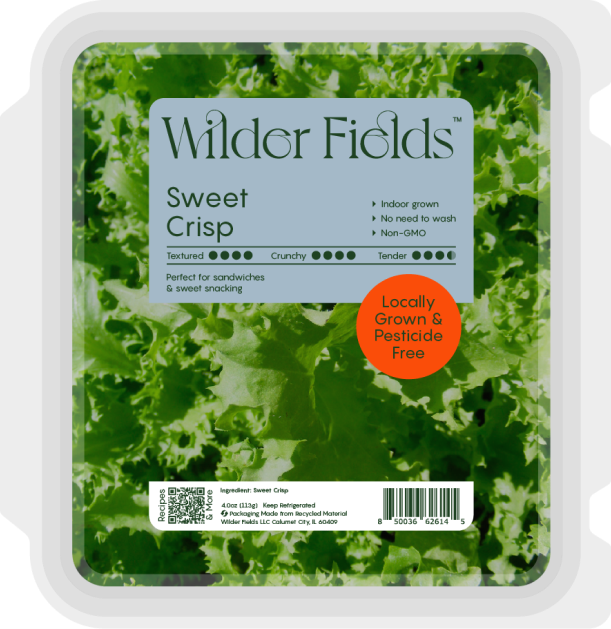 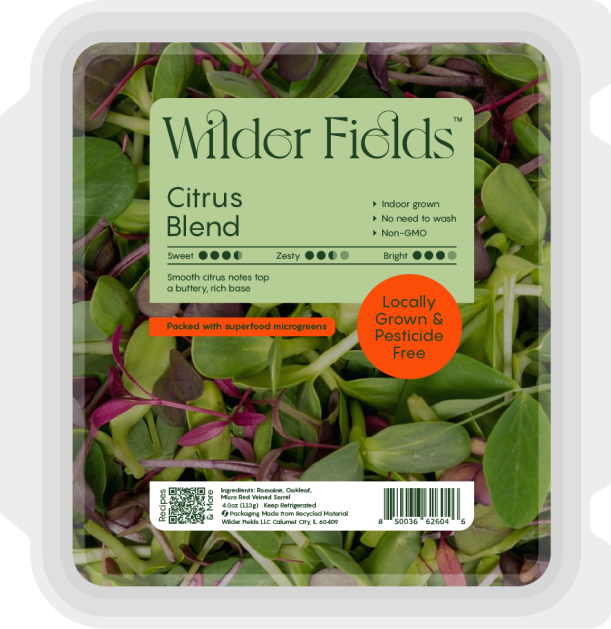 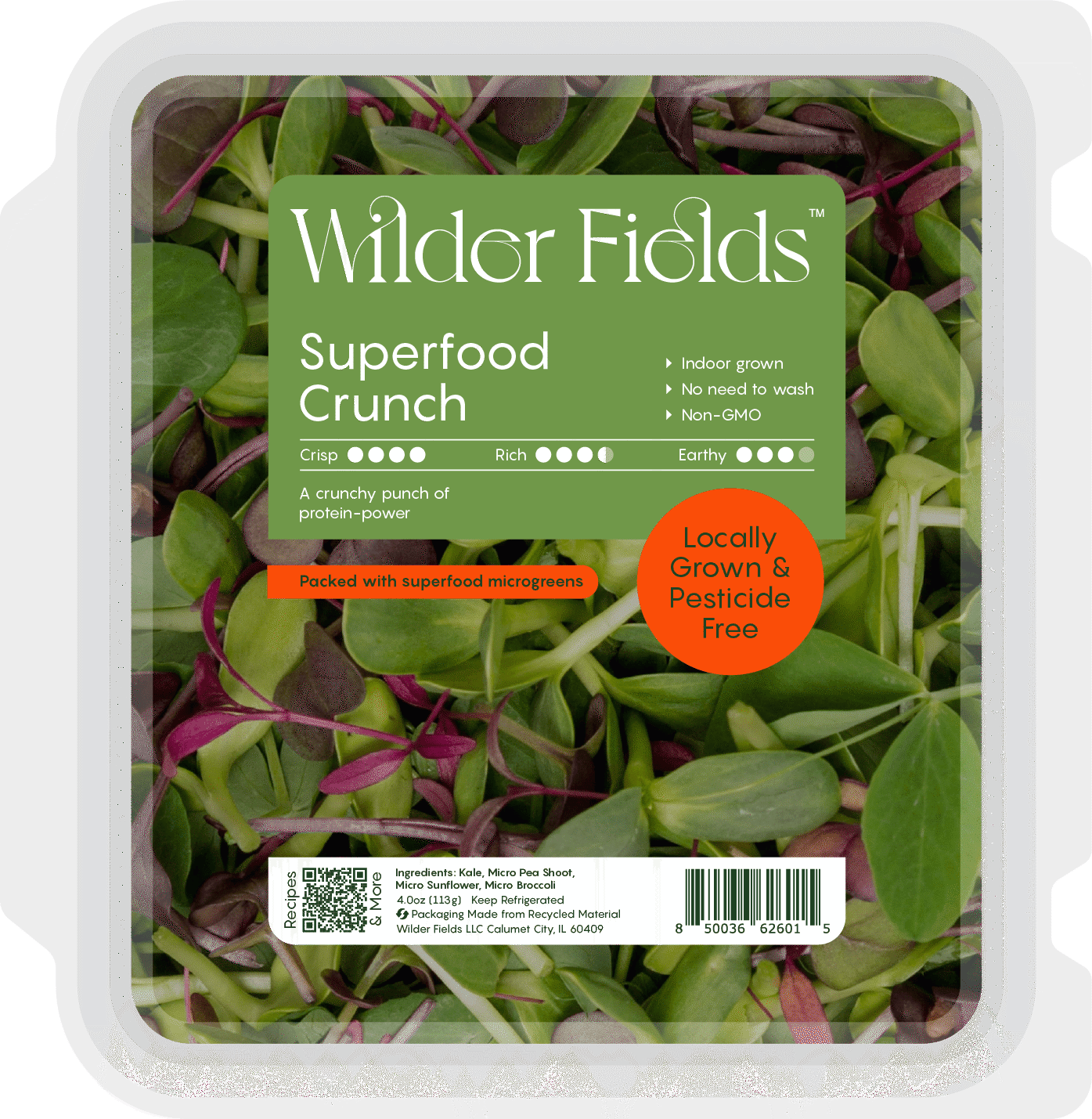 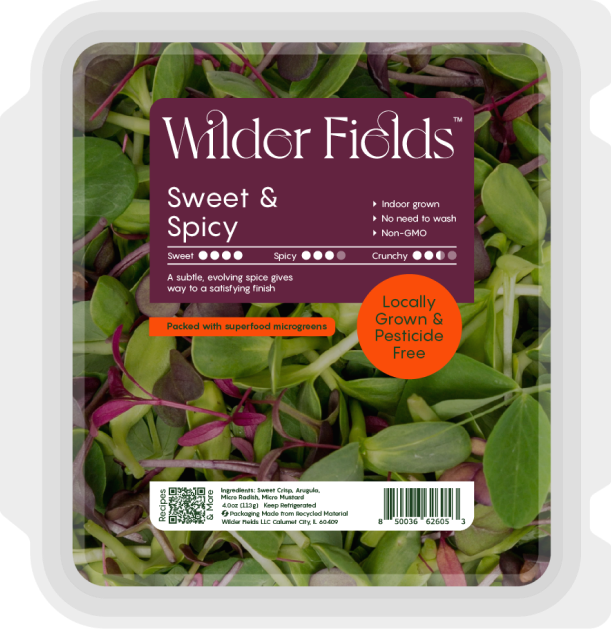 Rich flavor and a soft crunch grown to its very sweetest size. A superfood for the whole family.

Wildly fresh, textured crunches and crisps. We’ve grown and tested hundreds of varieties to create the perfect Spring Mix, packed with flavor that lasts longer in your fridge.

A burst of bright, sweet spice with a smooth finish. Arugula amplified.

Perfect for sandwiches, sweet snacking, and any other kitchen creations. This variety is the most versatile green in our grow rooms.

A subtle, evolving spice gives way to a satisfying finish. Micro Purple Radish and Micro Red Mizuna add a colorful kick to a buttery, sweet base.

“People don’t eat enough greens because they don’t taste very good. The process that [Wilder] has creates such a fresh product that people have never had that taste in their mouth.”

"We're doing for farming what Henry Ford did for the automobile."

"A former Target that’s been sitting vacant in Calumet City for five years will be reborn as an indoor vertical farm producing locally grown greens for the Chicago area."

At Wilder Fields we, believe in outright sustainability

We never use pesticides or fungicides, providing you and your family the safest, cleanest greens.

Our greens are grown hydroponically, making it convenient for you to eat right away—there’s no need to wash them before you enjoy them.

Giving 1,000s of acres of land back to nature

We know you care deeply about the environment. We’re not just talking the talk, we’re walking the walk—growing your greens in neighborhoods near you without pesticides or fertilizers; using 95% less water than traditional methods—reducing our fuel consumption, CO 2 emissions, and waste.

All of our operations are indoors, giving 1,000s of acres of land back to nature. We’re talking an entire football field’s worth of produce grown in the size of an average living room.

Local isn’t a buzzword to us. Your greens are harvested by your neighbors, right next door, for maximum freshness and tastiness.

All of our operations are indoors, giving 1,000s of acres of land back to nature. We’re talking an entire football field’s worth of produce grown in the size of an average living room.

Local isn’t a buzzword to us. Your greens are harvested by your neighbors, right next door, for maximum freshness and tastiness. 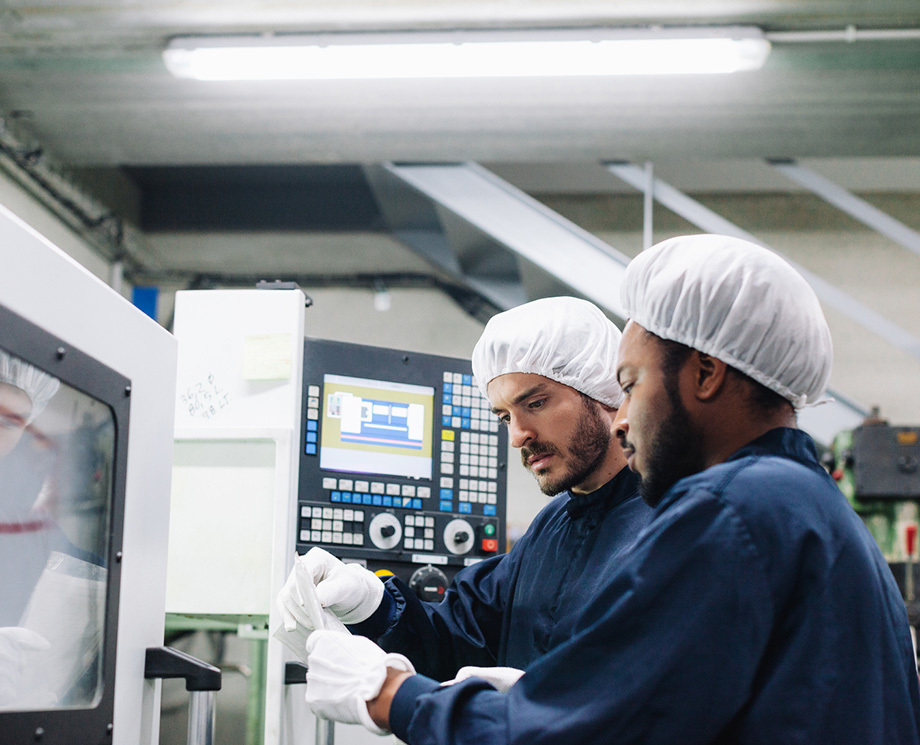 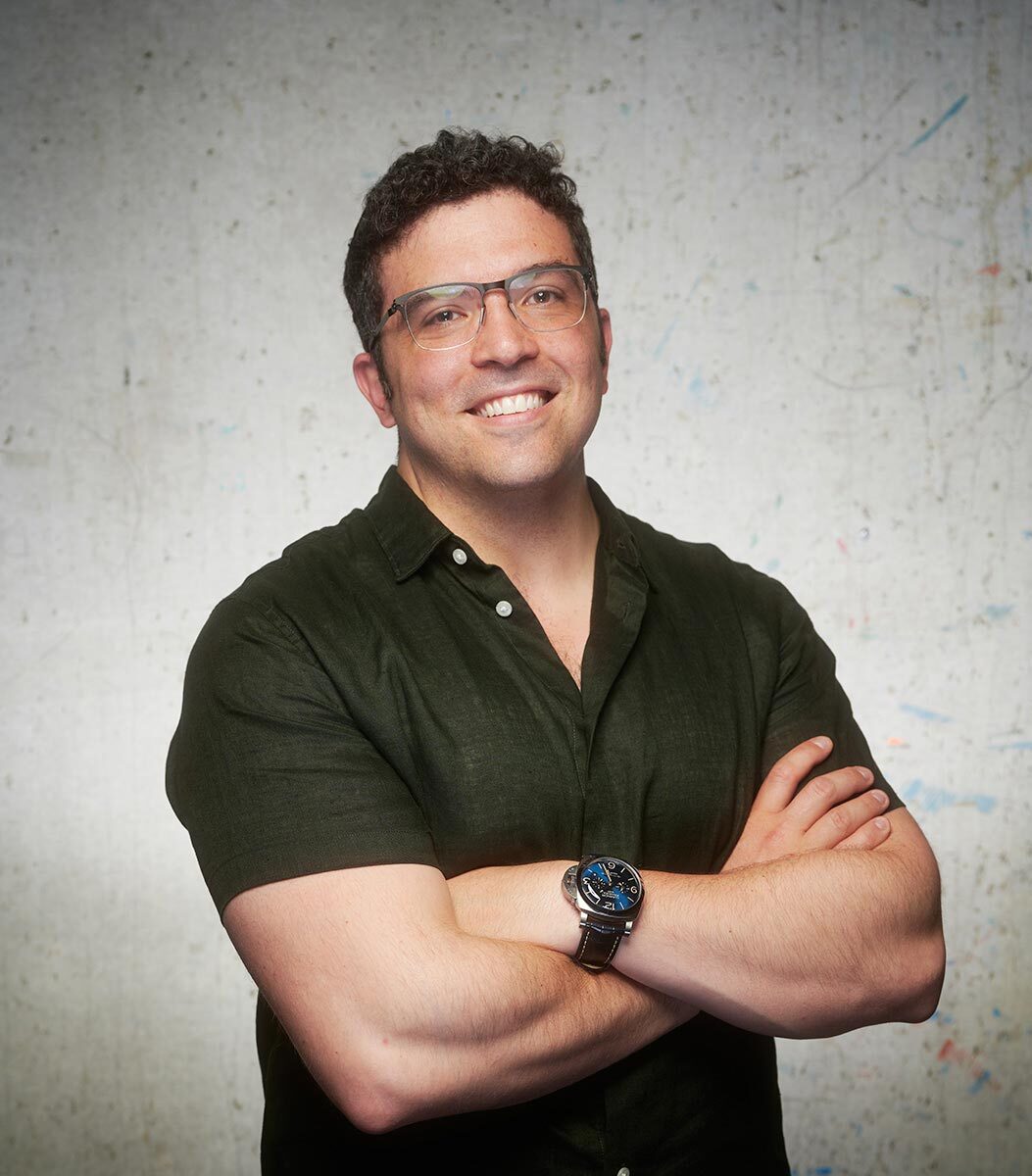 For too long, greens have been status quo. Spinach, spring mix, romaine—nothing more. We’re here to say, greens are beautiful and should be celebrated unabashedly.

Having started and ran multiple businesses from a young age, Jake's primary concern has always been the same: solving difficult problems.

Jake was early to identify an opportunity in produce manufacturing and production and realized the wide-ranging benefits of vertical farming. Jake’s ability to problem solve identified the Wilder concept and developed the solution which has proven to work with over 400 full harvests. Wilder Field's proprietary technology makes use of 9 patents pending inventions that are going to revolutionize the industry.

James' multi-disciplinary balance of interests and skills is rooted in a deep appreciation for culture, where creative and community intersect, transform, and expand.

James is humbled to be included among the first class of vertical farmers, who successfully built and ran his own 2,000 square foot vertical farm - UP Farms, in Chicago from 2012-2019. In those 7 years, James discovered a new passion in sourcing and growing unique and rare greens from around the world.

Andrew has over a decade of strategy, operations, and supply chain experience including significant experience with cold chain, produce, and food manufacturing companies.

Prior to joining Wilder, Andrew was a Director at a Chicago-based Management Consulting firm where he helped small, fast-growing businesses solve a wide array of operational and strategic issues across many functions including supply chain, procurement, sales and marketing, business operations, and manufacturing.

Jonathan is a mechanical engineer and agronomist with over ten years of research and development experience in the areas of unmanned ground vehicles, autonomous greenhouses, and high tech “smart field” systems.

Jonathan has had a life-long interest in mechanical and biological systems and decided at an early age to pursue proficiency in both mechanical engineering & horticultural science.

Marketing strategy has proven to be the backbone of Jess’s career. Jess started on the agency side before transitioning to in-house brand management within CPG, which has given her the breadth of knowledge and experience to be an integral component of the Wilder Fields team.

Sergio Arroyo was born and raised on the Southside of Chicago. He attended DePaul University where he received his B.A in Environmental Studies with a concentration in Sustainability.

He discovered his passion for food justice and sovereignty while at DePaul as a member of the "Urban Farming Organization". After college, he was a Grower and the Farmer's Market Manager at Metropolitan Farms before joining Wilder Fields. It’s official: the doors to our new Calumet City (just outside of Chicago) farm open this fall! We couldn’t be more excited to grow in such a sweet spot.

We were born and raised in an inspiring and community-centric incubator in Chicago for the past 4 years at the iconic food hub known as The Plant. The Plant has raised other rising food stars such as: Rumi Spice, Whiner Beer Company, Arize Kombucha, and many more. We will always be proud of our beginnings - and of our entire community at The Plant.